2020-12-09
"Women are the ones who please themselves." Beauty was once considered a privilege of women, but now, more and more Chinese men are also paying attention to their appearance.
"Men is a person who pleases oneself", not only in conventional haircuts, perfumes, antiperspirants, but also lipsticks, eyebrow pencils, sunscreens, essences, facial masks that were once exclusive to women...also began to appear on the tables of Chinese men. Makeup and maintenance have become their "daily". Recently, foreign media commented that China's male beauty market is booming, with a market value of nearly 2 billion US dollars, and relatively luxurious and high-end consumer products are especially popular. Chinese men are devoting more energy to their faces, pursuing a perfect image "at no cost".
Foreign media cited data from the "White Paper on Chinese Men's Grooming". In 2017 and 2018, the total sales of Chinese men's beauty products soared 59% and 54%, far exceeding the average performance of other countries. More and more men who love beauty have made the world's top fashion brands scramble to study the preferences of Chinese men and understand their definition of "glamour".
“It reflects your personality as a person, how much you care about yourself, and pay attention to details.” A 35-year-old Hong Kong lawyer who uses eye cream and facial essence every day said that “dressing up” is not only a way of life, but also Fits the popular masculinity of modern society. Anti-aging has become his skin care secrets and priorities. By 2022, foreign media expect Chinese men to spend US$3 billion a year on beauty.
China has become the largest male beauty market in Asia, ranking first in total product consumption. But compared to the beauty of Japanese and Korean men, Chinese men lag far behind. In 2017, the average Chinese man spent less than US$3 on beauty, less than one-tenth of the average of Japan and South Korea.
Most Chinese men still have a great psychological burden on "love beauty". According to the gender distinction in traditional culture, men pay attention to their appearance, which can easily lead to doubts. Buying cosmetics for their wives sometimes attracts attention.
Perhaps for this reason, more than two-fifths of Chinese men prefer low-key shopping online compared to more women who like to shop for beauty products in sophisticated physical stores. A group of Kearney Consulting data shows that the online male beauty market's share of the total market has increased from 15% in 2012 to 30% in 2017. Driven by the strong market, how to push the "psychological barriers" of Chinese men's beauty has become a hot topic for many brands. Beckham, a well-known and well-known star from the Chinese audience, was also invited to come to China to stand for a male beauty brand. According to foreign media analysis, most Chinese men are just beginning to "get started" and are not as proficient in beauty products as women. They still like to follow the trend and accept products recommended by "experts". Beckham's image of being fashionable and tough is perhaps very convincing to them.

LeongBeauty is a supplier of exported beauty equipment 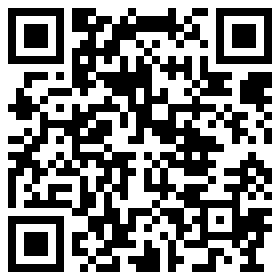